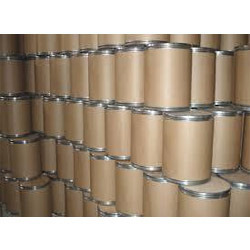 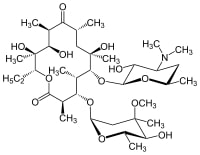 Erythromycin is a macrolide and macrolide antimicrobial. The physiologic effect of erythromycin is by means of decreased sebaceous gland activity. The chemical classification oferythromycin is macrolides. A bacteriostatic antibiotic macrolide produced by streptomyces erythreus. Erythromycin a is considered its major active component. In sensitive organisms, it inhibits protein synthesis by binding to 50s ribosomal subunits. This binding process inhibits peptidyl transferase activity and interferes with translocation of amino acids during translation and assembly of proteins.

Erythromycin is a broad-spectrum, macrolide antibiotic with antibacterial activity. Erythromycin diffuses through the bacterial cell membrane and reversibly binds to the 50s subunit of the bacterial ribosome. This prevents bacterial protein synthesis. Erythromycin may be bacteriostatic or bactericidal in action, depending on the concentration of the drug at the site of infection and the susceptibility of the organism involved.